We were called out to an emergency at Minto House by Edinburgh University. They have a car park at the rear of Minto House which is actually on the roof of the 3 sisters pub in Cowgate.

Upon arriving on site in heavy rain, we were taken down to the pub and shown the water  leak that was running down the walls over three floors.. The car park was a cobble laid surface which had one gully right in the middle and the road was shaped into this gully. We were asked to remove the cobbles and set them aside, and to dig a hole around the gully. We got in a specialist company to waterproof the car park surface below the cobbles, which were then relayed. 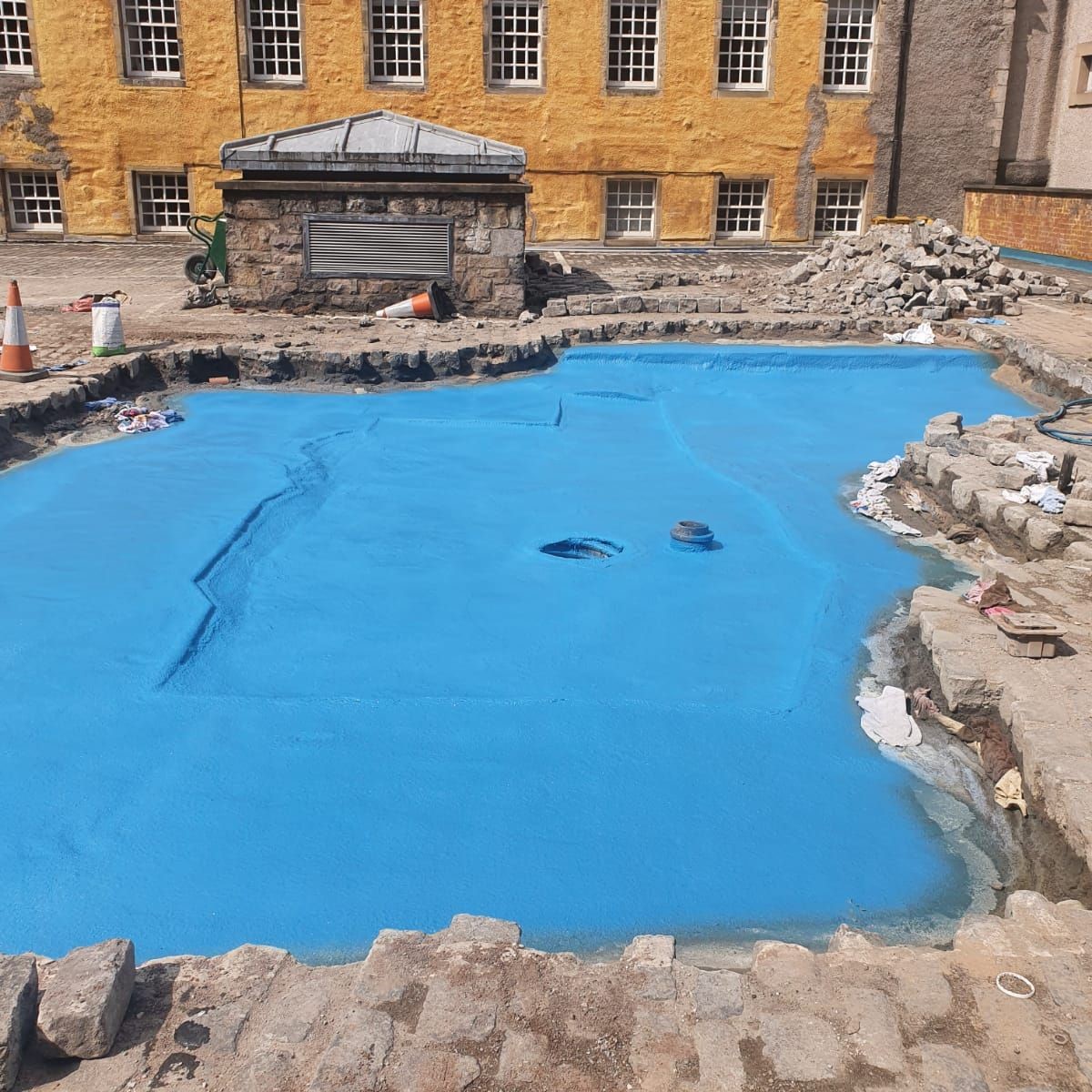 Call us Today to discuss your requirements